In 2017, Adam Place was living in China while leading AlphaSphere, a company that grew from an innovative electronic musical instrument that he invented while studying at the University of Brighton. During his time working in Shenzhen and Hong Kong, he noticed that many of the region’s factories that had been focused on manufacturing and product assembly were quickly transitioning to Bitcoin and Ethereum mining, which piqued his interest in web3.

Place was already interested in transformative digital technology, having developed an interest in AI audio mixing while globetrotting as a DJ. So after leaving AlphaSphere, he merged his passion for music and AI with his confidence in blockchain technology by prototyping music NFTs as a potential IP solution for AI music mixing.

NUSIC will enable musicians to simply upload their tracks, annotate their individual passages, and after proving ownership by uploading a few stems (tracks that isolate just one instrument or vocal part, which could only be accessed by the track’s creator), send their track’s metadata to the Ethereum blockchain. Or, with only a few clicks, they can issue NFT based bonds to fans and collectors using NUSIC’s chain-agnostic minting platform.

NUSIC also offers a metaverse experience for collectors and enthusiasts, who can use the interactive portal to access their music NFTs and get whitelisted for upcoming releases.

NUSIC’s user interface is built using JavaScript, and operates with a TypeScript backend. Using Solidity, developers have created the smart contracts that power NUSIC’s platform utilities, and those contracts exist on the Ethereum blockchain, supported by Chainlink’s oracle network. 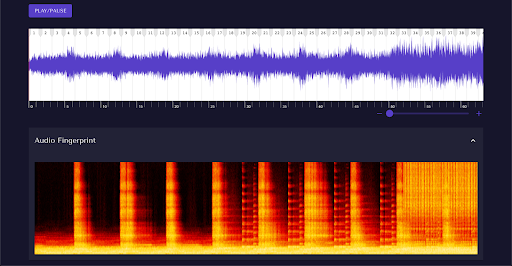 When deploying, the team currently uses Hardhat and Alchemy, and the platform is monitored using Block Explorer while Open Zeppelin secures it.

A Promising Future for Music NFTs

According to Place, NUSIC was shaped through cooperation with musicians, labels, and industry experts who are looking for better solutions to secure their valuable intellectual properties, and give fans new and exciting opportunities to collect music in a way never before offered to the market. The team is confident that the market is ready for this digital revolution, and is thrilled to offer services on its cutting edge. 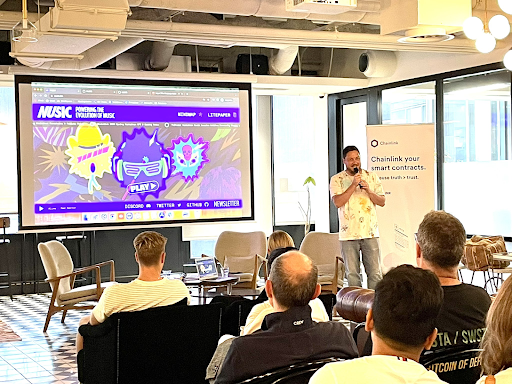 Place and his team at NUSIC have a lot to look forward to as they expand their platform, including their Genesis collection of NFTs which will soon be available to music enthusiasts!

Beholden to a historically opaque industry, and struggling with outdated economic models, NFT music has yet to have its ‘Crypto Punks moment’. All of that is about to change. - Adam Place, NUSIC